As one of a select minority of people who both enjoyed the Star Wars prequel trilogy and are unafraid to say so, I was ambivalent when it was announced that George Lucas had sold the series to Disney, who planned to finally continue the story with Episodes VII through IX (at least.) On the one hand, I thought it a shame that one of the few major creator-owned properties in film was no longer so, but yet another IP in the arsenal of a major megacorporation, and I was unsure how best to continue the story after both the Sith and the Empire were thoroughly defeated.

On the other hand, I like movies where spaceships explode and where people fight each other with laser swords, so, yes, I had to see it at least once.

The Force Awakens is also divided, telling a new story for a new generation while, at the same time, appeasing everyone who grew up on the originals and rejected the prequels with so much disdain that Lucas himself is now something of a pariah. The needs of nostalgia (and of the Disney corporation) do pull at this film, but there’s enough talent and genuine ingenuity at work for it to be a satisfying space opera in its own right.

The Audio Locke & Key Is Potent Stuff, Worth Reopening a Blog For 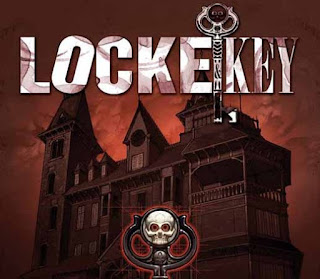 American audio drama has been very slowly rebuilding itself ever since the massacre that was the coming of television, and over the past few years a critical mass has started to form. Locke & Key is an ambitious epic, a thirteen-hour-plus adaptation of Joe Hill & Gabriel Rodriguez’s graphic novel featuring a massive cast and co-produced for Audible by Audio Comics and Final Rune productions. I haven’t actually read the graphic novel, so I’m forced to judge this entirely on its own merits. It can best be described as an adult take on a YA fantasy concept, using magic and the supernatural to tell the story of a family haunted by bad decisions made in the past and by the ones they keep making. Parts of it are whimsical, other parts are very sad, and the overall effect is very powerful indeed.
Read more »
Posted by Evan Waters at 11:44 AM No comments:

Email ThisBlogThis!Share to TwitterShare to FacebookShare to Pinterest
Labels: For Your Ears Only


The sci-fi movies of the 50s were full of monsters; aliens, insects, and dinosaurs, the latter two usually having something to do with the atomic bomb. The origin point of this unique explosion was 1953’s The Beast From 20,000 Fathoms, a low budget thriller which made millions off the image of a giant prehistoric reptile rampaging through the modern world. Though King Kong and The Lost World both featured giant monsters attacking major metropolitan areas, those sequences were climaxes following various jungle adventures; here, for apparently the first time, was a film devoted entirely to the subject of a giant monster on the loose. The film was freely adapted from a Ray Bradbury short story, which is fitting as it marks the solo debut of Bradbury’s childhood chum, stop-motion animation auteur Ray Harryhausen; while the live action of the movie sometimes flags, as an effects showcase it more than holds up.

Halloween Monsterthon, For Your Ears Only Edition: The War of the Worlds

Since the Monsterthon has unintentionally taken on a very alien character, it’s appropriate to use the holiday to commemorate the Halloween edition of the first alien invasion story of all time. The Mercury Theatre On The Air’s broadcast of The War of the Worlds is a thing of legend, a radio play that allegedly spooked an entire nation with its documentary realism. The furor over it helped catapult Orson Welles into the national spotlight and resulted in a lot of rules preventing radio and TV from ever being too convincing in the future. But setting all that aside, it’s just a damn good audio play, one of the great works of the medium.

Read more »
Posted by Evan Waters at 1:00 PM No comments:

Email ThisBlogThis!Share to TwitterShare to FacebookShare to Pinterest
Labels: For Your Ears Only, Monsterthon 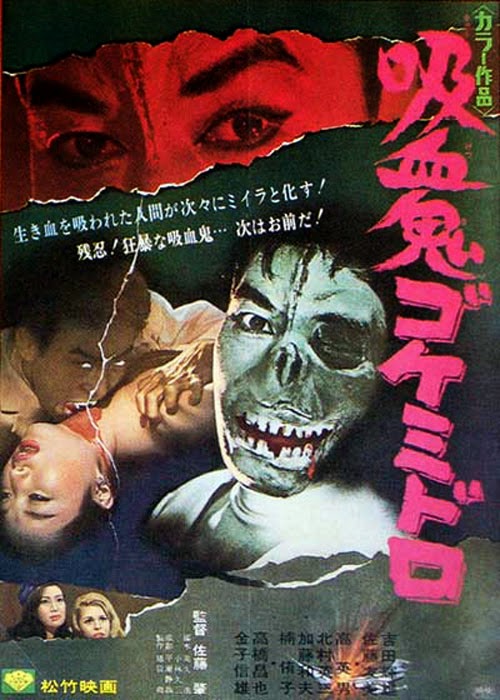 Science fiction in the sixties couldn’t help but focus on the social turmoil erupting across the world, and Japanese sci-fi filmmakers did their part. While Matango tackled social conformity, Goke, Body Snatcher From Hell is about disintegration. Born of the chaos of wars, assassinations, and political corruption, it’s a surreal parable that makes up for in intensity what it lacks in coherence.

Read more »
Posted by Evan Waters at 6:35 PM No comments:

Often ranked among the great bad movies, Robot Monster certainly merits the kind of bizarre attention and appreciation that’s been extended to Ed Wood’s filmography. Again we have a movie whose ambitions vastly outstrip both the filmmakers’ resources and technical skill, but which marches on regardless. It is not what one would traditionally call good, but its originality and charm- as well as the fact that it runs barely over an hour- makes it damned entertaining. 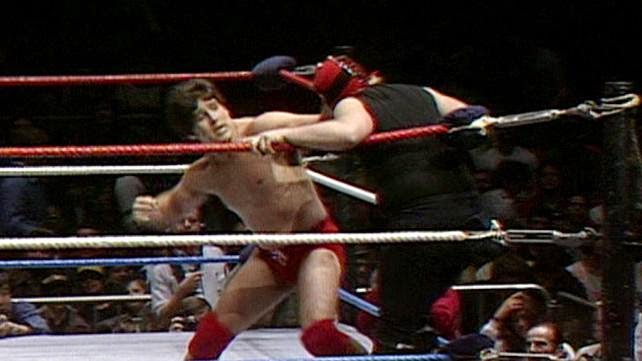 With the 1993 WWF in a rut, I’ve decided to look at a few other events on offer on the WWE Network for the price of... uh... it’ll come to me. And really, there are few places to start better than the very first Wrestlemania, broadcast March 31, 1985 on closed circuit TV across the world. Wrestlemania wasn’t the first such special- Jim Crockett’s Starrcade had played closed-circuit PPV since 1983- but that event was strictly regional its first few years, whereas Vince McMahon and the WWF were aiming to take their show national. But apart from its historical significance as the event that made the company what it is today, the first ‘Mania holds up well as a well-paced collection of matches, with a nervous energy that later, more assured PPVs would lack.